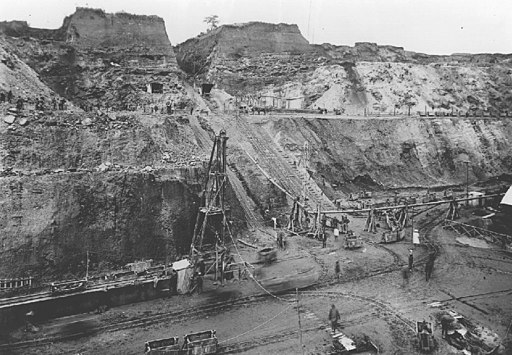 The head of South Africa’s civil society says that whenever the atomic bombs dropped on Hiroshima and Nagasaki are mentioned, an important part of the Second World War is forgotten, which has been lost somewhere in history. That is Shinkolobwe.

What is Shinkolobwe? Few people probably know about it because little information has been given about this small mine in the province of Katanga in the People’s Republic of Congo, and the secret hidden in it has been largely hidden from the public because of the history of this mine. He played an important role in the most disastrous incident. All the uranium for the Manhattan Project was taken from this mine and the atomic bomb made from this project was dropped on Japan in 1945.

Shinkolobwe Mine was named after a boiled apple that, if squeezed, would leave a burn mark. The meaning was useless rocks. Uranium was discovered here in 1915 when mining was being done here to find radium, at that time uranium was not so important, but after the discovery of nuclear fission technology in 1938, its importance increased a lot. The important thing about Shinkolobwe uranium was that 65% of uranium could be obtained from its raw uranium, 20% of uranium could be obtained from waste rock of this mine, while the uranium in the mines of the United States and Canada was rated as suitable. Goes where 0.03% Uranium is, America bought tons of Uranium from here and mining the deposit in the American island was done in a very secret way so that other countries don’t know even the local people. They were also given wrong information by spies. And for many years this secret was kept secret and an attempt was made to give the impression that the uranium was being sourced from Canada so that no one would even think of the Congo.