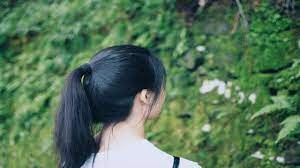 Some Japanese schools have banned female students from attending school by making ‘ponytails’.

According to foreign media reports, the rules and regulations in Japanese schools are strictly observed, but some schools have imposed some restrictions that may surprise you to hear, some schools in the southern city of Fukuoka ponytail female students.

The reason for the ban on PonyTail is said to be that it highlights the back of the neck which can cause sexual arousal in school boys and the boys have also complained in this regard. Most schools have a number of restrictions that may sound weird, such as the size of the skirt, the style of the eyebrows, the color of the undergarment and the color of the socks.