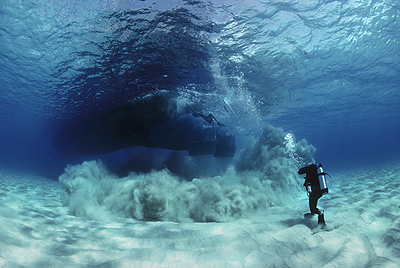 In 1656, the Spanish ship Nuestra Señora de las Maravilas was collecting silver from the wreck of another ship that had sunk when suddenly another ship in the fleet made a slight miscalculation and It hit Maravillas and within 30 to 45 minutes it was lying at the bottom of the Atlantic Ocean. Only 45 of the 650 people survived.

About 70 kilometers off the coast of the Bahamas, efforts have been made to find the treasure that lies within for the past four decades, but in the last two years, two international teams and underwater archaeologists have uncovered some of the wonders left behind by the sea. have been excavated and preserved and these wonders will be exhibited for the first time in a museum in the Bahamas. Underwater archaeologists say the Maravillas are a significant part of the history of the Bahamas, with many pieces recovered in the 17th and 18th centuries, but still many stories to tell.

According to the museum, the most valuable item recovered in the recent expedition was a gold pendant with the cross of St. James in the middle, flanked by a large oval emerald with a slab of St. James on top. It was further decorated with zamidras which symbolized the 12 disciples of Jesus. Other finds include gold coins, emerald amethysts, gold chains and a 34 kg silver brick. Tartan plates and wine bottles have also been recovered.