Horrifying story of the Chitral Jinn 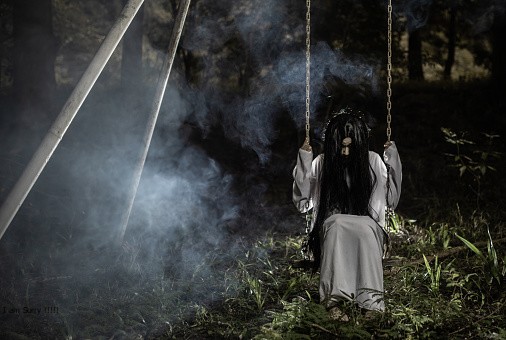 If you live in Pakistan and have not heard the stories of the Jinns, it is impossible. Now such an amazing story has come to light from Chitral, a region rich in natural beauty of Pakistan. According to the website ‘Parh Lo‘, a person named Huzaifa shared this story on social networking site Twitter and wrote, “The story is spreading among the people of Chitral that there is a centuries-old Jinn who attack travellers from behind.”

Huzaifa further wrote in his tweets that “It lives near the rivers called Jan Mastuj and Geram Chashma. It slowly follows the traveling people and whispers their name in their ears. As soon as the man hears the whisper and turns back, Jinn snatches him and kills him there.”

There is a special kind of Demon/Djinn found within northern Pakistan which only appears on roads to bring calamity upon travellers.

Though one can find them from Skardu to Chitral, one of the most prominent of Chitral goes centuries back to the village of Singur. 1/n pic.twitter.com/uGhKNZFMFz

Confirming the story, a local boy from Chitral said that the jinn had also attacked his elder brother, but fortunately his brother managed to escape the attack. The incident took place near a village called Sangor. I have personally witnessed some strange happenings while traveling in this area of ​​Chitral.

From my own knowledge, there method of grabbing is such that they do it from behind putting their arms around a persons waist and their chins on the juncture of one’s chest and shoulder.

A friend tried it on me, and safe to say it feels horrid.

Share
Facebook
Twitter
WhatsApp
Linkedin
Email
Next articleTonight two bright planets Venus and Jupiter will be seen meeting each other! This scene will be seen again after 17 years!