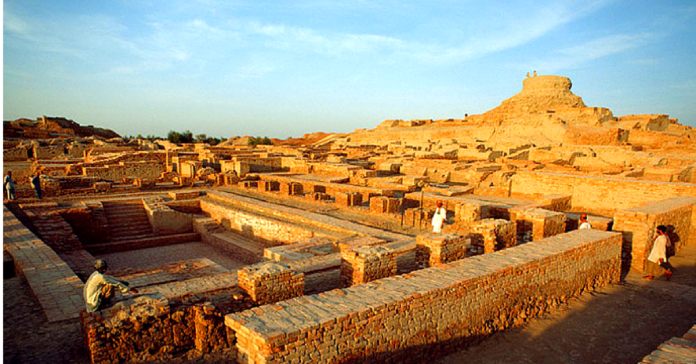 Due to the recent monsoon rains in Sindh, an ancient rare statue has been revealed from the 5000 years old city of Mohenjo-Daro, which is 42.93 mm long, 16.46 mm wide and weighs around 6 grams. Made of a metal similar to copper, there is a small hole on the top of the statue, which seems to indicate that the statue was used as a pendant.

The idol was found by a tourist guide from Mohenjo-Daro “DK” area and the concerned authorities sent it to archaeologists to collect more information, but archaeologists say that the idol is apparently a Buddha statue. It is known that there is a halo plate behind the head of the Buddha statue, which is not present but it is also suspected that the plate may be broken but only experts can answer that.

Only 10% of Mohenjo-Daro has been excavated so far, while 90% remains to be excavated, but due to the rains, these types of things often appear.

Share
Facebook
Twitter
WhatsApp
Linkedin
Email
Previous articleMan installed a camera in the house. What he saw took his senses away!
Next articleThe Lost Mine of Shinkolobwe