A Robot Child with Human Facial Expressions and Emotions 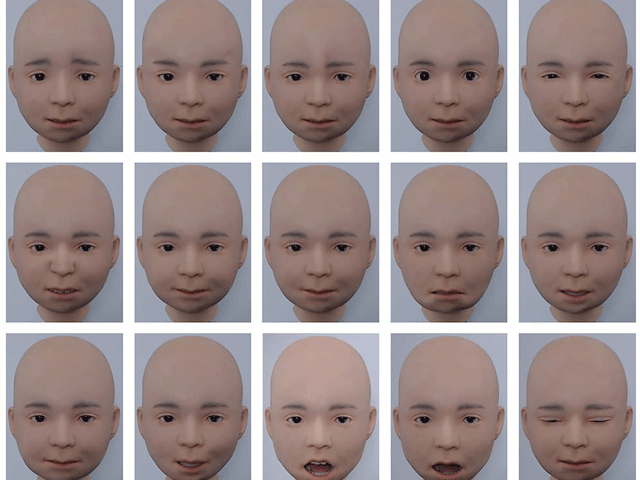 Japan: In universities and medical colleges, images and videos depicting human emotions and feelings are used in teaching. But now even a robot can express all these emotions very well on its face.

But videos and photos can have their strengths and weaknesses. That’s why now Japanese robot maker Rykin has created a baby robot named Nicola with a 35 pneumatic actuator mounted on his face and showing six different expressions on his face. It can play an important role in educational institutions, especially in the teaching of psychology.

Her full name is “Nicola, the Android Child” and there is no shortage of expressions on her face that everyone can recognize. This robot shows happy, sad, scared, angry, surprised, and funny expressions on its face. It has six actuators for the eyes and head only.
Based on the Facial Action Coding System (FACS), the actuators applied to each robot’s face act like the exact biological ‘facial action units’. These sensations are possible because of the different muscles and tendons on our face. Wind-powered actuators are very effective in decorating the face.

Experts have closely watched Nicola and described the process of manipulating human emotions as the best.